Thanks, in part, to the good cooperation with the people of De Kuip, we can look back on a very successful day! Stavroula Mougiakos

That's why the visitors could enjoy themselves with various sports activities, such as hockey, rugby, fencing and archery. In an environment like De Kuip, of course, there has to be football, which was played under the inspiring leadership of Feyenoord icon, Mike Obiku.

For the younger and less athletic visitors to the Van Oord Rio Day, there was also plenty to do. Next to the athletes on the main pitch of De Kuip, there was a face-painting stand and a bouncy castle to jump on and they could participate in workshops and guided tours in one of the stadium rooms. Thus, the multifunctionality of the event centre in Rotterdam-Zuid was optimally exploited.

‘As a family business, we find it important to be socially involved. Because 2016 is the year of the Olympic Games and we support the Estrela da Favela project in Brazil, the link with Rio de Janeiro was quickly made,’ says Stavroula Mougiakos of Van Oord. ‘Estrela da Favala is an organisation that gives underprivileged young people from the slums of Rio de Janeiro a chance for a better future through a programme of education and sports. This soon gave rise to the idea of organising a sports day this year for our employees and their families.

As a Rotterdam-based company, we thought it would be great to organise this event in De Kuip. Thanks in part to the good cooperation with the people of De Kuip, we can look back on a very successful day!’ 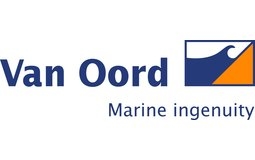