The iconic status of the location also contributes to the degree of success. Anne-Marie van Eijl, management assistant Lucertis

Van Eijl has nothing but praise for that organisation. Both the preparation process, which started as early as February 2018, and the implementation on the day itself, made a great impression on her. ‘I felt very welcome in De Kuip, where there is a relaxed atmosphere,’ says the Lucertis employee. ‘In combination with the hands-on mentality of the employees who always came to the rescue, it turned out to be a very successful event’.

On 18 September 2018, Van Eijl and more than 700 other colleagues walked into De Kuip to attend various workshops in different rooms. Knowledge was shared in almost all of the rooms of the stadium, including the press room and the dressing room. ‘The layout of the rooms was quite a puzzle,’ Van Eijl remembers. ‘How are we supposed to get 700 people into nineteen rooms? And which room was suitable for which workshop? These were important questions during the preparation. We then sat down together to make some tricky decisions. That worked very well’.

According to the management assistant, the employees were quite impressed by the stadium. ‘The iconic status of the location also contributed to the degree of success. The employees responded to the energetic atmosphere of the impressive stadium and, thanks to the registration desk and hostesses, were clearly and quickly directed to the right places’. Van Eijl, who was busier with coordinating than socialising during the event, also got the support she wanted. ‘I really want to compliment the two party managers who worked with me. They were constantly available for questions’.

The inspiring day in the Rotterdam Kuip was concluded with a buffet dinner and the necessary relaxation led by a swinging band. At that moment, Van Eijl became a huge fan of the organisation at De Kuip. The main reason? ‘They knows what hospitality is. My supporting staff were given a guided tour prior to the event. In this way, they quickly felt at home. I was so happy that it was handled that way. In De Kuip, nothing’s a problem’.
Download brochure
Share 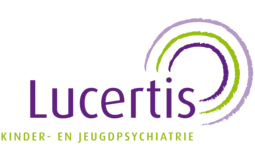