For KPMG Meijburg & Co, De Kuip is an event location that meets every requirement. It’s not for nothing that the company holds several meetings a year in the Maas building. The year-end meeting on 11 December 2018 once again met expectations. ‘Years of interacting works well.
Anyone organising a meeting in De Kuip has a choice of seventeen rooms and the main pitch. For their event, KPMG Meijburg & Co want to use several rooms on the second floor of the Maasgebouw as well as the Boardroom, the most exclusive space in the stadium where Feyenoord receives its prominent guests during matches.

Janneke Brokking of KPMG Meijburg & Co has been organising seminars on tax matters in De Kuip for more than ten years and finds it a great advantage that the stadium has so many rooms at its disposal. This means that several presentations and workshops can take place at the same time.

‘During our end-of-year meeting there was first a plenary meeting on the entire second floor, but after that everyone went off to a workshop,’ says Brokking. ‘At the last meeting, we did not use Feyenoord's Business Unit, where the guests have a beautiful view of the pitch. ‘But we also regularly received visitors to the event in that space’.

The years of cooperation are bearing fruit. ‘Staff at the stadium know exactly what we want. The cooperation is, therefore, very good,’ says Brokking. In addition to the various rooms that can be linked together, she is also enthusiastic about the mentality of the stadium staff. ‘They always join me in coming up with ideas and that's nice’.

The manager, born and bred in Rotterdam, always finds it special to be a guest in the iconic Kuip, even after all those events. ‘The ambiance in De Kuip creates a pleasant atmosphere during the meetings. People are satisfied, according to the annual evaluation’. One corporate event was so special that Brokking feels that it is particularly worth mentioning. ‘The staff Christmas dinner at Brasserie De Kuip, years ago. That was a lot of fun’.

Whether KPMG Meijburg & Co is a guest in the rooms on the second floor, the Boardroom, a Business Unit or Brasserie De Kuip, the company always has a successful event in the stadium. Intensive cooperation pays off. 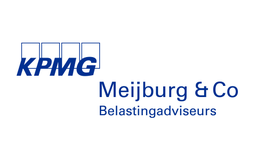